Day 196: Won’t You Love that Allah Forgives You?

Narrated by Abu Abdullah Al-Khadali (r) who said I asked ‘Aisha (r) about the character of the Messenger of Allah (S) and she said: “And he would not respond to an evil deed with an evil deed, but rather he (S) would pardon and overlook.”

In the FB livestream post, recorded on Monday, February 1st, we discussed the correlation between our forgiveness to others and Allah’s forgiveness to us and we mentioned that Abu Huraira (r) narrated that the Prophet (S) instructed us that when “we forgive others, Allah will increase us in honor (dignity and rank).” (Muslim)

I am well aware of emotions and feelings that the abused, harmed or bullied people go through, and I truly sympathize with them!

After every talk about forgiving others or writing about it, a few individuals will categorically state that they will never forgive those who have done them wrong.

One of them explicitly told me that there is no way that he will be able ever to forgive the person who took his right and made his life and the life of his family up-side-down.

What forgiveness is NOT?

Forgiveness does not mean that the wrong was not done to you!

Forgiveness does not mean forgetting what was done to you!

Forgiveness does not mean condoning or excusing the offences, abuses, bullying or oppression done to you in any way!

Forgiveness does not mean justifying what was done to you!

So, what is then forgiveness?

Psychologists generally define forgiveness as a conscious and deliberate decision to release feelings of resentment or retaliation towards a person (or a group) who have oppressed you, harmed you or abused you in any way, regardless of if they asked you for forgiveness or not and whether they actually deserve your forgiveness or not!

Forgiveness means not carrying a grudge in your heart against that person/group!

Forgiveness means, if you are given a chance to retaliate, you will choose not to!

Forgiveness means wishing no evil, even secretly, upon that person/group!

Forgiveness means being civic towards them!

Forgiveness means even praying for their well-being and guidance!

The best example that explains what forgiveness means in the context of the discussion is the example of Abu Bakr (r) and his relative Mistah!

Mistah was the cousin of Abu Bakr (r), the son of his maternal aunt, and a poor man with no wealth except whatever Abu Bakr (r) spent on him.

He was one of those who had migrated from Makkah to Madinah for the sake of Allah.

Abu Bakr (r) was known for his generosity, and he did favors for his relatives and strangers alike; but when Allah revealed the ayah to confirm ‘Aisha’s innocence (from the slander invented by Mistah and others), Abu Bakr (r) swore he would not help Mistah.

“Those who slander chaste and believing women, unsuspecting, they will be cursed in this life and in the Hereafter. And they will suffer a tremendous punishment.” (Qur’an 24:23)

They accused the honor of ‘Aisha (r) and her chastity and yet Allah says: “Do not let the people of virtue and affluence among you swear to suspend donations to their relatives, the needy, and the emigrants in the cause of Allah. Let them pardon and forgive.

And then, Allah puts the challenge forward: “Do you not love to be forgiven by Allah?”

And then comes the statement that Allah wants us to aspire for: “And Allah is All-Forgiving, Most Merciful.”

On hearing this challenge and the statement, Abu Bakr (r) said: “Certainly, by Allah! I would love that Allah forgives me (Bala, Wallahi, Inni Lauhibbu An Yagfirallahu Li.”

And then he (r) issued the promise: “I swear by Allah, I will give him (Mistah) his monthly allowance.” (Tafsir Ibn Kathir)

After everything Abu Bakr (r), his family and particularly his daughter ‘Aisha (r) went through as a result of the slanderous tale to which his cousin Mistah contributed, all it took was one verse of the Qur’an and a reminder about forgiving others and the Forgiveness of Allah, for Abu Bakr (r) to reverse his stand.

What a man, true believer and the role-model was Abu Bakr!

So, in reality, forgiveness is not about the abuser!

It is about the forgiver, the one who was abused or harmed!

Forgiveness brings to the forgiver peace of mind and frees his/her heart from corrosive anger!

Anger that could stop our lives and make us unproductive individuals or members of the community/society!

Benefits of forgiveness to others are many – spiritual, physical or psychological and in both – Duniya and the Akhirah (will discuss the benefits soon, in one of the posts, Insha Allah)! 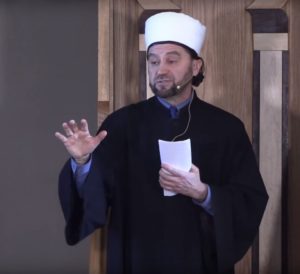