We all know how the above two sacrificed life long to build the Ottawa Gatineau community. We are working with UMO-OG to develop a process to preserve the memory of important community leaders. May be develop a website like Ottawa Gatineau Muslims.UMO-OG.ca

We all will be happy to note that our future generations will know the sacrifice of earlier Muslims in the twin city of Ottawa Gatineau. Alhamdu Lillah after a big sacrifice in Quebec City Muslims now got January 29 as Muslims Remembrance Day and Actions against Islamophobia.

Few community members also suggested under UMO-OG, we should create an Ottawa Gatineau, city wide, advisory committee, to identify and record the profiles of important community leaders who have contributed to develop and uplift the status and organizations in Ottawa Gatineau. 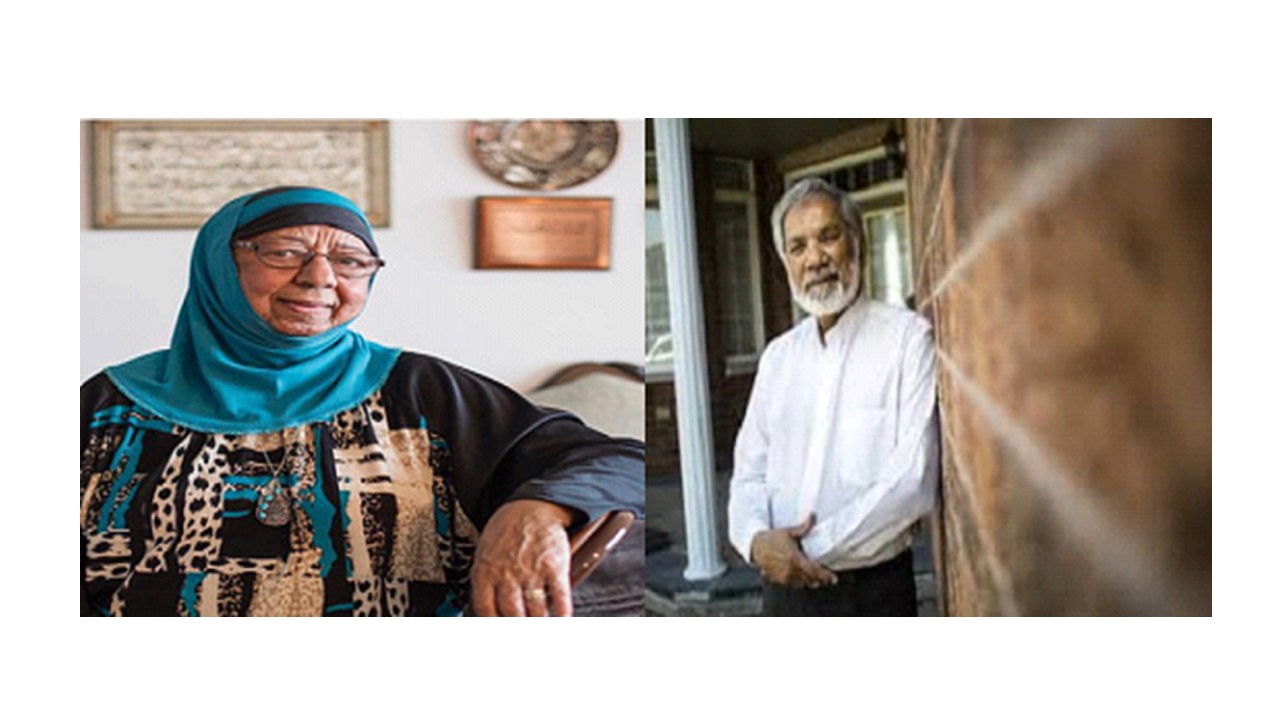 Br. Mumtaz came to Ottawa from Pakistan to Ottawa Canada in the 1960s as a young man to study, got married to Sr. Talat in the early 1970s and their three daughters were all born in Ottawa. He died peacefully, after suffering from cancer, on Wednesday, January 28, 201 while performing maghrib prayer around 5:15pm.

Khadija Haffajee was a pioneering Ottawa Gatineau Muslim Community Leader. She died peacefully, after a brief illness, on the evening of September 17, 2020. Born and raised in Pietermaritzburg, South Africa. She moved to Ottawa, Canada in 1966.

She spent over 50 years living and working in Ottawa. Khadija devoted her life to the care and well being of Ottawa Gatineau Muslim Community. In 1997, she was the first female elected to the Board of the Islamic Society of North America (ISNA), and served as Treasurer at the Ottawa Muslim Association (OMA), and president of the Women’s Auxiliary.  Sr Khadija worked with Afghan refugees in Pakistan and worked on CIDA funded projects in Afghanistan. She went on a lecture tour of Malawi and Zimbabwe and represented Canadian Muslim women at the UN conference on Women in Beijing China.  She attended the International Muslim Women’s Union in Sudan, and the World Conference on Religion and Peace in Amaan Jordan.

She served as a board member of the Multicultural Advisory Committee at CHEO, and a member of the Spiritual Care in Secondary Schools’ Coordinating Committee. She empowered young Muslim women to rally and organize the Expressions of Muslim Women event, celebrating Muslim female achievements in the Arts. She has given lectures on Islam in many schools, churches and universities locally, nationally and internationally. She mentored university and college young women and reverted through study circles, book clubs, etc. She leaves behind a devoted husband Dr. Mazhar Hasan, her sister Zohra Haffajee, nieces and nephews.